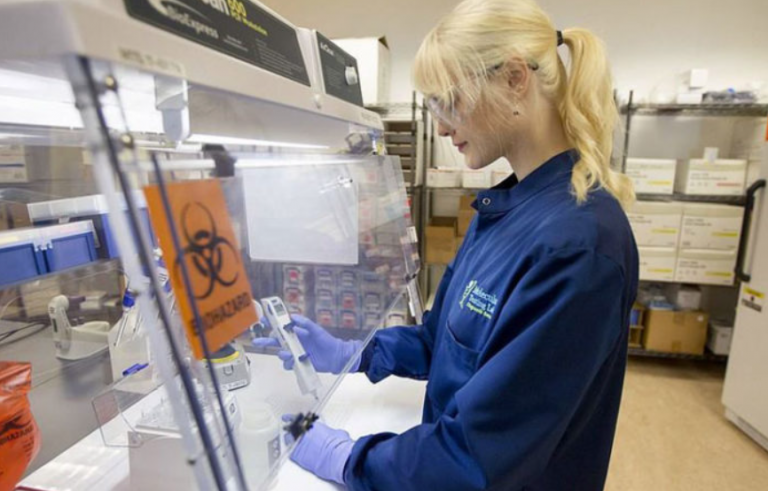 Clark County’s biotech industry may not be as richly developed as its counterparts in Seattle or Bothell, but local economic developers say the sector is poised for new growth.

Biotech, the state’s fifth largest industry, has been gaining a foothold in Southwest Washington, with companies like CytoDyn, AbSci LLC, Molecular Testing Labs and Northwest Natural Products among its ranks. Across the state, the sector supports more than 98,000 jobs and generates more than $12.5 billion in revenues. In Clark County, there are already 73 companies employing about 20,500 workers, with more likely on the way, said Mike Bomar, president of the Columbia River Economic Development Council.

“The life sciences cluster is seen as an emerging opportunity for Clark County with strong potential for job growth and firm formation,” Bomar said.

The CREDC has made the biotech sector a key part of its new 2017 strategic plan, and the agency is looking to build more partnerships to better understand the industry and its needs.

“It has been identified as one of five strategic sectors for CREDC to focus efforts on in our new 2017 Comprehensive Economic Development Plan,” said Bomar. “Efforts in recent years have centered primarily on building relationships with key industry partners throughout the region, better understanding the needs of the sector, and identifying gaps in the local ecosystem that could hinder future growth.”

CREDC’s work will focus on aligning strategies, committees, marketing and other activities around the sector, Bomar added.

“We will be collaborating closely with industry partners to identify what can be done at the local, regional, state and federal levels to address the needs of each of these sectors to support existing company growth and attract new companies to Clark County,” he said.

The sector’s growth is already starting to chug along in Southwest Washington. From 2012 to 2016, it grew 8.8 percent in Clark County, and that growth is forecasted to increase by an additional 12.5 percent by 2026, Bomar said.

Clark County’s companies tend to be focused on the pharmaceutical, biomedical and chemical manufacturing sectors of the industry, although most of the sub-sects of biotechnology are present, Bomar said.

As an example, CytoDyn is developing an HIV treatment called “Pro 140” that uses antibodies to protect human T cells and basically lock out attempts by the HIV virus to penetrate them, said Nader Pourhassan, CEO.

“For the virus to get into the cell, it has to bind to two receptors on the surface of the cell,” Pourhassan explained. “If Pro 140 binds to one of those exact sites, the HIV can’t get in.”

CytoDyn has been in the area for some time. Pourhassan took over as CEO in 2008 and moved to Vancouver from Oregon to help build the company.

Pourhassan said he wants to keep the company in Vancouver, although in his case, if CytoDyn gets bought out by a big pharmaceutical company, that could change.

That often happens with smaller medically-focused biotech companies – they have to move to other parts of the country when they’re absorbed, Pourhassan explained.

Another biotech industry example, Absci LLC, which formed in Portland in 2011, moved to Vancouver in 2016. It has a protein manufacturing technology called SoluPro that reduces the production costs of therapeutic proteins and antibodies for medical treatment.

Absci made the jump across the river after renovating the top floor of downtown Vancouver’s Hudson Building. The firm turned the space into a state-of-the-art wet lab facility with an open layout to encourage collaboration between teams and departments. Wet labs are especially hard to find when biotech companies are looking for space, so the renovations were a big help, officials said.

Many companies are also drawn by access to some of the big healthcare players in the region, such as Oregon Health & Science University (OHSU) and locally-headquartered healthcare systems like Kaiser and PeaceHealth, Bomar said.

“Having such major healthcare players as PeaceHealth, Legacy Health, The Vancouver Clinic and Kaiser Permanente all headquartered in, or with a significant presence in Clark County, provides a strategic advantage in developing, attracting and retaining the skilled talent base needed to also support the life sciences sector,” Bomar said.

Those medical resources were certainly a draw for CytoDyn, which is working on clinical trials with both OHSU and Providence Medical Group in Vancouver, Pourhassan said.

Regional resources, and even waterfront development projects in both Vancouver and Portland, are also helping to build the sector, Bomar explained.

“In addition to the established presence of such players as OHSU, new developments such as the creation of the Knight Cancer Institute, efforts to advance the Innovation Quadrant Zone for bioscience on Portland’s South Waterfront, our own waterfront redevelopment projects here in Clark County, and a new life sciences building proposed for the WSU Vancouver campus, the Greater Portland region (including Clark County) is gaining prominence as an emerging draw for life sciences companies and talent,” he said.

There’s also some synergy potential to grow the computer technology side of the industry.
“There is an increasing intersection between life sciences and digital technology as advances in precision medicine continue to evolve, creating potential overlap with the software sector,” said Bomar.

Education is also key factor to spur growth in the industry, and schools in Clark County have been developing programs with organizations like the CREDC to help foster the workforce needs of the industry.

As part of its development plan, CREDC is looking for gaps in existing educational programs to see if other degrees and certificates would benefit the sector. Jobs in the industry pay very well, with a Washington industry average salary of $86,400 a year – 37 percent higher than the average wage for other private sector jobs, Bomar said.

“The life sciences sector is highly reliant upon a strong, well-educated workforce that draws from the research and science, healthcare professional, and medical services talent clusters,” Bomar said. “We are incredibly fortunate to have such a strong K-20 education system already in place that supports the growth of this talent pool, including WSU Vancouver (the region’s only tier one research institution), Henrietta Lacks Health & Bioscience High School, and the new dedicated STEM building at Clark College.”